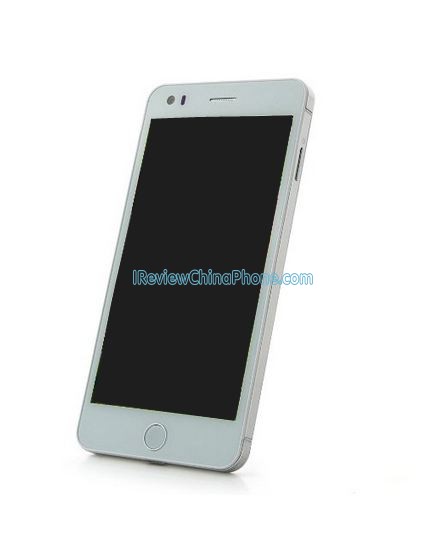 I don’t sell lies, so I go straight: MIJUE M680 is a decent phone but not as they advertise it. Actually there are two versions of  this smartphone. One for American market and one for rest of the world. First, this smartphone comes with Android 4.2 Jelly Bean not with Android 4.4 KitKat. Second, the rear camera will not making 13 MP photos, but “only” 8 MP (OK, will make kind of 13 MP with interpolation feature, but it doesn’t have Sony eye).

The one on the upper image is world market ready, and the second one is for American market. I believe you already assuming why: round button looks like one on the iPhone, and the other is just like Samsung button bar.

Even with a Samsung’s button bar, MIJUE M680 still looks as one of the Apple’s iPhone 5 series.

Here is the short list of some key features:

When we sum up all characteristics, this is one casual class smartphone which will help you to catch few nice shots, make a phone call with 2 SIM cards, listen a music and radio, do some WiFi surfing action and try to make battery live longer than one day. MIJUE M680 deserves its place in your pocket because it is cheap quad-core Android smartphone with some cool features.

Ireview ChinaphoneSeptember 16, 2014
Read More
Scroll for more
Tap
iWING WTD2 5.0″ IPS HD MTK6582 Quad-core review
ThL T11 5.0″ IPS MTK6592 Octa-Core review
We use cookies to ensure that we give you the best experience on our website. If you continue to use this site we will assume that you are happy with it.OK