Just few days ago I was confirmed that I will have a chance to meet newest Acer Android smartphone, long waited and announced Liquid Z500. Acer made a really good job by launching this very potent smartphone for a budget price.

In designer‘s manner, you will see that Acer promised and delivered well designed smartphone. Curves are nicely proposed and Liquid Z500 suits well in my hand. It is enough “fat” too just enough to know that its in your hand. Saying this because of its weight of 150 g and looking that how it is big it gives surprisingly different feel of it weight.

Back cover is little bit rough and covered with grey lines in different tones. It gives you kind a feel you are touching some aluminum panel. If I could say: “well, hm, there is a thing I don’t like”, then I would say that is a power button that is staring in you out of the body of the Z500. So it is just a little bit high, but don’t agonize yourself about this. Also I would say that in Acer did a good job as this smartphone doesn’t have problems with heating.

At the upper side of the Z500 there is power button at the right and 3.5 mm audio port for your earphones. At the bottom side there is microUSB port for power and data transfer business. At the right side there are Volume UP/Down buttons with a little dot on the Volume Up side. Behind the smartphone place was made for 8MP camera with LED flashlight. Just under the camera there is round and sunk button, Acer button for Acer Rapid function (if you wanna some rapid action).

At very first beginning I must say that you will be welcomed with 5″ screen. When you to touch power button magic happens. Black area of screen is hiding vivid and beautiful sightseeing. IPS screen is very bright, colors are so warm, icons looks nice too and all this accompanied with resolution of 1280 x 720 gives very good overall result considering screen of Liquid Z500. Looking from aside, screen looks like it bumps from the ground and icons get 3D effect which is pretty cool.

Z500 is packed with Android 4.4.2 OS with Acer UI. Acer put its own theme and you can choose between default and Acer‘s one. I cant say much about Acer UI except that it looks nice and update regular KitKat with few minor improvements. Lock screen is half full of water and moving your finger i either side will unlock it. Funny thing about it is that when you turn your Z500 in one side water goes in opposite direction. Acer gave possibility to take advantage of its Acer BYOC Apps for which you will need to have valid Acer ID or account.

8MP camera makes really good photos at daylight and would say, maybe above decent, at night scenes. Front 2MP camera is good enough to make video calls or even selfies. Liquid Z500 has it‘s sound improvement in form of dts Studio Sound with you can setup your preferred sound mode: Music EQ with presets like Classical, Dance, Jazz, Pop, Rock. Here is a Video EQ too with presets like Drama, Action and MTV. You even have as an option to set Treble and Bass (max. 7).

Battery capacity of 2000 mAh enables you to be without power supply for almost two days (regular use) and almost full one day with high voltage action taken.

I hope that this review of Acer Liquid Z500 helped you a little bit in your decision to buy or not this Acer‘s newborn. I believe that it deserves a chance especially for people with budget restrictions.

You can preorder Liquid Z500 from Merimobiles.com. 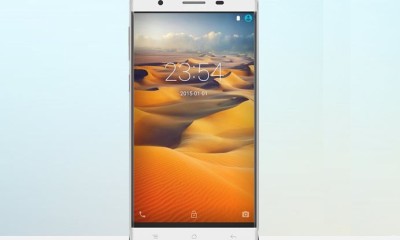 Ireview ChinaphoneSeptember 26, 2014
Read More
Scroll for more
Tap
InFocus M512 review
XIAOMI Mi 4 review
We use cookies to ensure that we give you the best experience on our website. If you continue to use this site we will assume that you are happy with it.OK